Letterston Memorial Hall is a Registered Charity and was incorporated as a Limited Company on 3rd February 2000. Founding members of the Limited Company were: Helena Johnson, Richard Davies, Paul Hart, Carole Sandall

The provision and maintenance of a Village Hall for the use by the inhabitants of the Parish or Community of Letterston in the County of Pembrokeshire and its immediate vicinity without distinction of political religious or other opinions including use for:

A) Meetings lectures and classes and
B) Other forms of recreation and leisure time occupation with the object of improving the conditions of life for the inhabitants.

(Thanks to Yvonne Thomas for providing information)
The Memorial Hall came into being in the late 1940’s.

During WWII, a fund raising committee was formed in the village to provide a small gift of money to serving members of the forces when they came home on leave.

When war ended, the remaining monies in the fund (known as ‘Our Boys’ Fund) was donated towards building a village hall that would be a memorial to those from the village who had lost their lives fighting for their country.

Captain AS Mathias of Llangwarren gave the land on which the new Memorial Hall could be built and in 1948 a second hand sectional building was purchased from Messrs. Pauling and Nuttal, contractors at Trecwn.

By the end of the 1990’s, plans were made to extend and refurbish that hall in order to meet the needs of an expanding and vibrant community. This (the present hall) was completed in the year 2000 (see picture on Home Page).

At the end of 2010 and beginning of 2011, the Committee replaced the outer softwood doors with locally manufactured hardwood doors and we fitted an automatic opener to the side entrance to assist wheelchair users in particular. This effort was made possible by grants from PAVS, the PCC Pembrokeshire Community Support Fund and ‘Awards For All’.

Early in 2011 we fitted Car Park signs to remind users of their responsibilities and to point out that the Memorial Hall Car Park is for the use of our customers only. We were worried that casual use was increasing and this might lead to problems in future.

We placed a ‘shipping container’ in the fenced grass area at the back of the Hall to relieve the pressure within the Store Room.

We improved the roof ventilation to solve an annoying cold-weather drip problem, and have refurbished the large sign on the front of the building which was beginning to flake.

The outside walls were showing their age and were re-painted in June 2012 (the front of this website shows the pleasing result).

In May 2015 we asked Silverstone Green Energy to install a 10kWp array of 40 solar panels to reduce our electricity cost and we had the interior of the Main Hall re-painted.

In October 2015 we replaced the ageing blue carpet in the Committee Room with a smart wooden floor, suitable for a wide range of activities; see the Gallery for pictures.

Following local acts of vandalism, including one in this Hall in 2011, Store Room damage in May 2012, and a potentially dangerous theft of gas fittings in July 2012 we installed recording CCTV at various positions in the Hall.

In 2018 the heating system was upgraded.

Around September 2020, Letterston Memorial Hall were awarded a grant of £2,000 from the Comic Relief Grant VSEF, administered by the PAVS Supporting Community Action Fund Panel to support preparations and maintenance of the hall during the Covid-19 pandemic. The amount covered ‘cloud’ spray treatment every month to sterilise the hall, with a manual cleaning regime set up to follow each hiring. Extra locks and other minor changes allow use of the main hall isolated from users in other meeting rooms. Hall users and hirers are required to prepare a risk assessment for their activity and maintain secure use and access for their group.
The hall committee carried out careful planning and preparation to help hirers keep everyone safe.

Further maintenance needs are being reviewed.

ARE YOU AN ORGANISER – and are you planning to restart your Memorial Hall activity?

You should be aware of the actions the Hall Committee have been taking to make the Memorial Hall a safe place for your activities; please read this Press Release.

Advertise your intentions on this website by emailing details to info@LetterstonMemorialHall.co.uk as detailed on the Contact Us page.
Let everyone know!

Letterston Memorial Hall is looking for an Assistant Caretaker to help the Hall Caretaker during the Covid period. Please click below to read details: 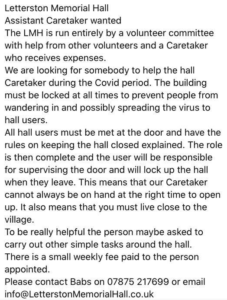 Please note that Planned Events including Regular Activities have been disrupted by the Coronavirus situation, but some activities may be restarted (under Covid rules to protect customers and staff).  Please check with the Organiser of your Event/Activity about future plans.
The Hall Committee cannot be up to date daily on the details of each activity so please check with the Organiser.

There are TWO  DEFIBRILLATORS in the village: One is mounted in the porch of the front door of the MEMORIAL HALL and the other is on the right hand side of the ST GILES CHURCH HALL Porch.
For use by anyone in an emergency

Thanks to the Buffs. Click a picture to enlarge. 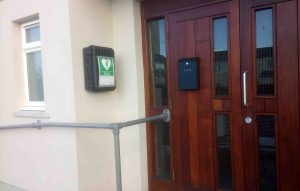 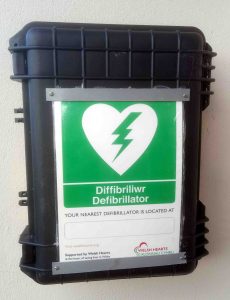 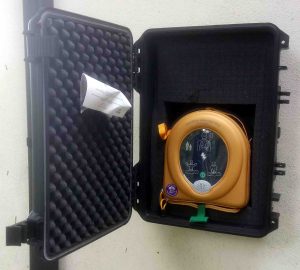 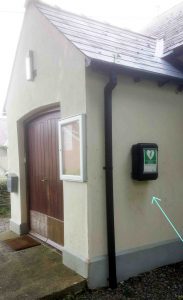 Available To Hire For A Wide Range Of Events

Support your Memorial Hall and WIN!